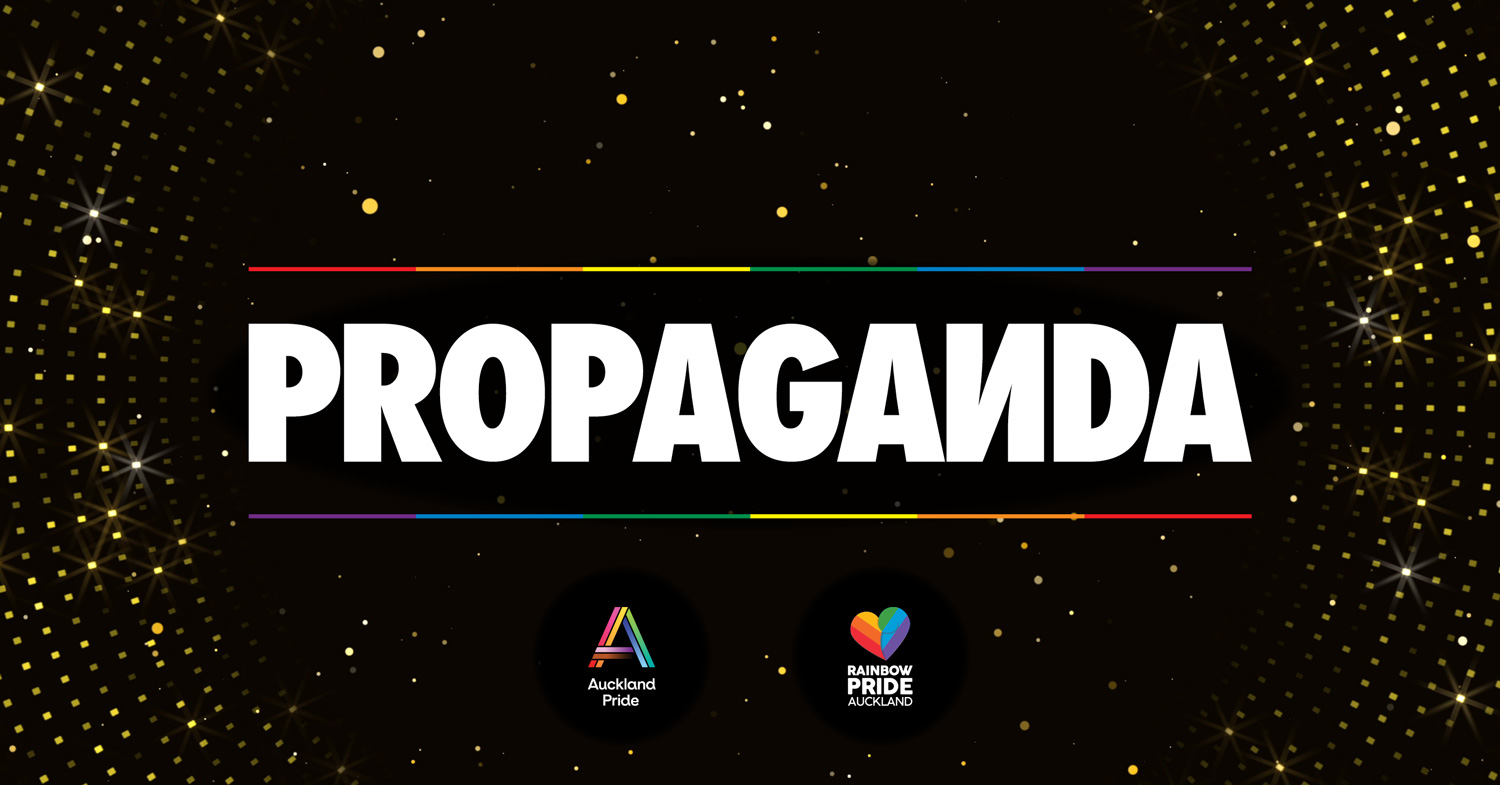 PROPAGANDA premieres at its new home, with a special PRIDE edition on Saturday 19 February.

We’re turning Sweat Shop gay for a night and transforming the massive space into the ultimate party venue. It’s set to be a night to remember!

Sweat Shop (previously known as Sale Street) is the perfect venue for PROPAGANDA. It has a massive dance floor, a huge covered outdoor deck connected to the party, and five bars spread across multiple rooms.

One of New Zealand’s most iconic DJs, Bevan Keys, has been spinning from the 1980s onwards. Bevan is one half of platinum selling Nice ‘n’ Urlich, compiler of the immensely popular Key to The Groove compilation series. He holds residencies in some of Auckland’s finest venues such as Ink Bar, is a favourite amongst festivals, and is a founding member of the Peter Urlich Broadcast Experience. Bevan held down residency at the legendary gay nightclub Staircase and we are beyond thrilled to have him spin at PROPAGANDA!

Our resident DJ and one of NZ’s favourite gay DJs, Jordan Eskra will hit the decks bringing his signature sound to the party.

We’re spreading the pride love and are proud to be part of both the Auckland Pride Festival and Rainbow Pride Auckland. PROPAGANDA kicks off after the Rainbow Pride parade down Ponsonby Road – this will be one of the gayest nights in Auckland this year – do not miss out!

Tickets on sale 9am Tuesday 21 December