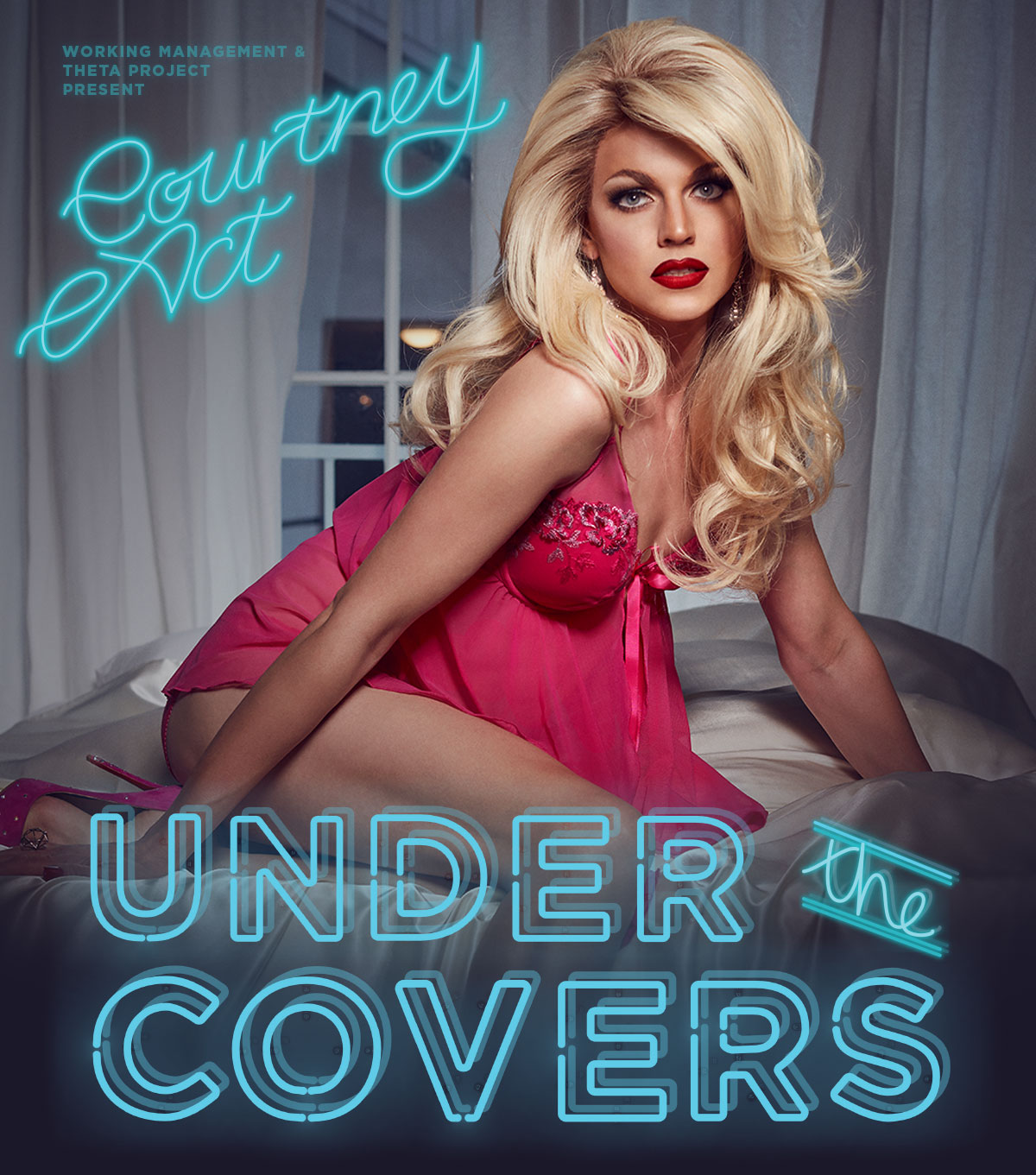 Star of RuPaul’s Drag Race, Australian Idol and MTV’s Single AF, Courtney Act is bringing her brand new show, Under the Covers, to Auckland this April 6 & 7.

Courtney has been under the covers with many, but not usually in front of a live audience. It’s time to get tucked in with all your favourite songs that have been covered in one way or another by all your favourite artists. Lay back and enjoy the caress of those romantic satin sheets as she strips some songs down and flips others on their back to show you just how gender fluid and genre fluid a great song can be! The sweet dreams Courtney spins will leave you pillow fighting and pillow biting.

Her last show, Girl From Oz, was a complete sell out in Auckland with rave reviews – don’t miss your chance to see her up close and personal this April.

Gender is at the forefront of pop culture. Courtney Act is an artist who captures this zeitgeist, breaking the rules and living life on the gender divide, sometimes as a girl, sometimes as a boy. She’s a pop culture star for a new generation that’s beyond labels.

In 2016, Courtney released her debut EP, Kaleidoscope, featuring studio collaborations with Sam Sparro and the Scissor Sisters’ Jake Shears. Her single releases have entered the Billboard, ARIA and iTunes charts and her videos have racked up over 12 million views.

A vegan, pansexual, polyamorous hippy child who is passionate about human rights and the environment, Courtney now lives in Los Angeles and has spent the last few years touring the world in the wake of her runner-up placing on RuPaul’s Drag Race.

Courtney Act: Under the Covers