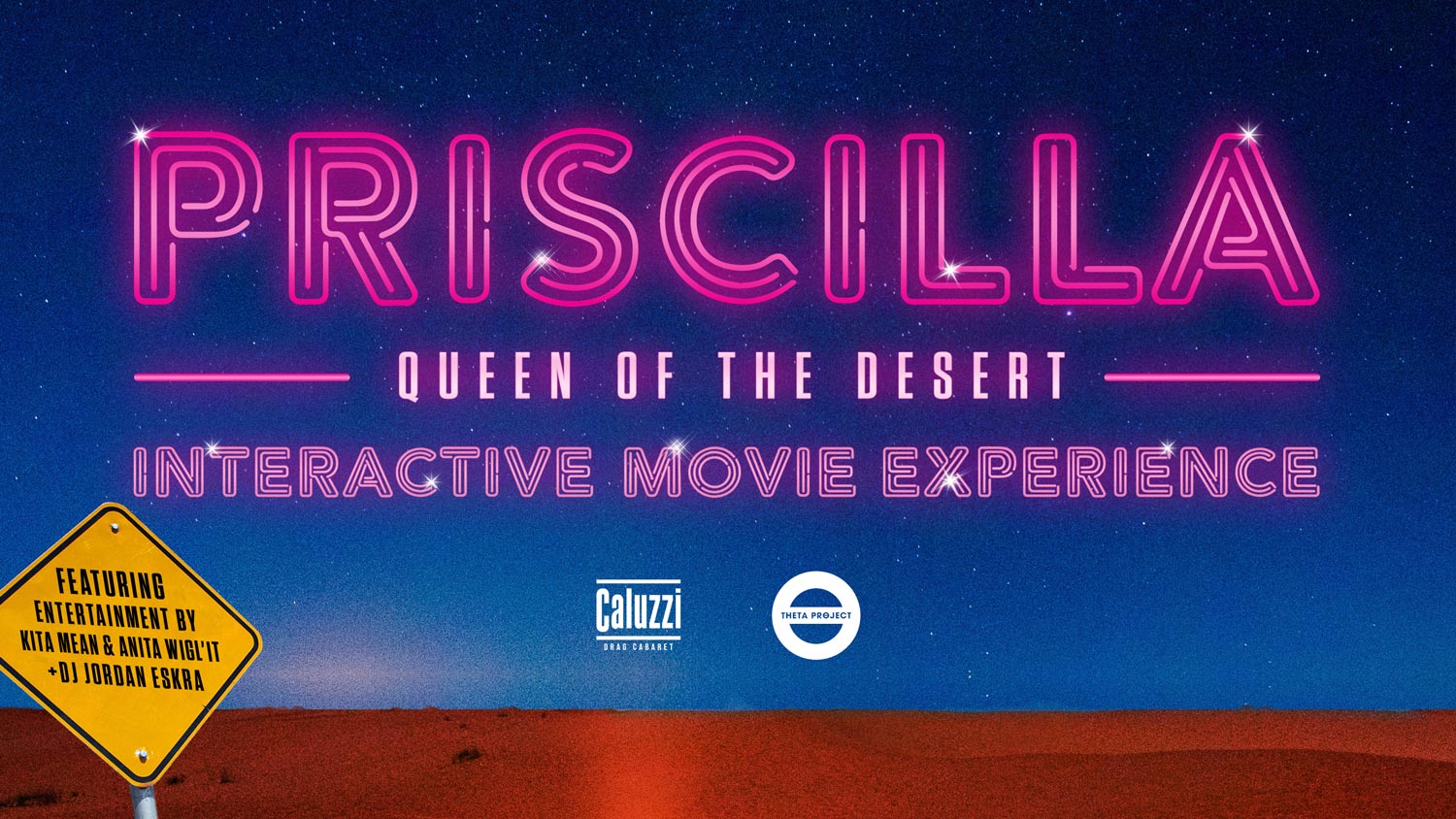 The Adventures of Priscilla, Queen of the Desert is back at the movies for one night only!

The most fabulous cult drag queen film of all time is showing in Auckland for its first ever interactive experience. We screen the film and provide the props, you just turn up and join the party!

The Adventures of Priscilla, Queen of the Desert is a 1994 Australian road comedy film written and directed by Stephan Elliott. The plot follows two drag queens (played by Hugo Weaving and Guy Pearce) and a transgender woman (played by Terence Stamp) as they journey across the Australian Outback from Sydney to Alice Springs in a tour bus that they have named “Priscilla”, along the way entertaining homophobes and enthusiasts alike.

We’re taking over the ultra glamorous VMAX Cinema at the brand new Event Cinemas in Westfield Newmarket. Choose your position in the cinema – daybeds, recliners or leather seats – and enjoy uninterrupted party vibes, with a bar inside the cinema.

Priscilla starts at 9pm, with our private function area for ticket holders open from 8pm – come early and have a cocktail with us. Entertainment will be provided by hilarious Drag Queens Anita Wigl’it and Kita Mean, with music curated by the fabulous DJ Jordan Eskra.

Costumes are encouraged, with prizes for the best dressed!

Then join us for the after party at White & Wongs on the rooftop of Westfield Newmarket.

Tickets on sale 9am Wednesday 14 April at thetaproject.co.nz. This is an R18 event.