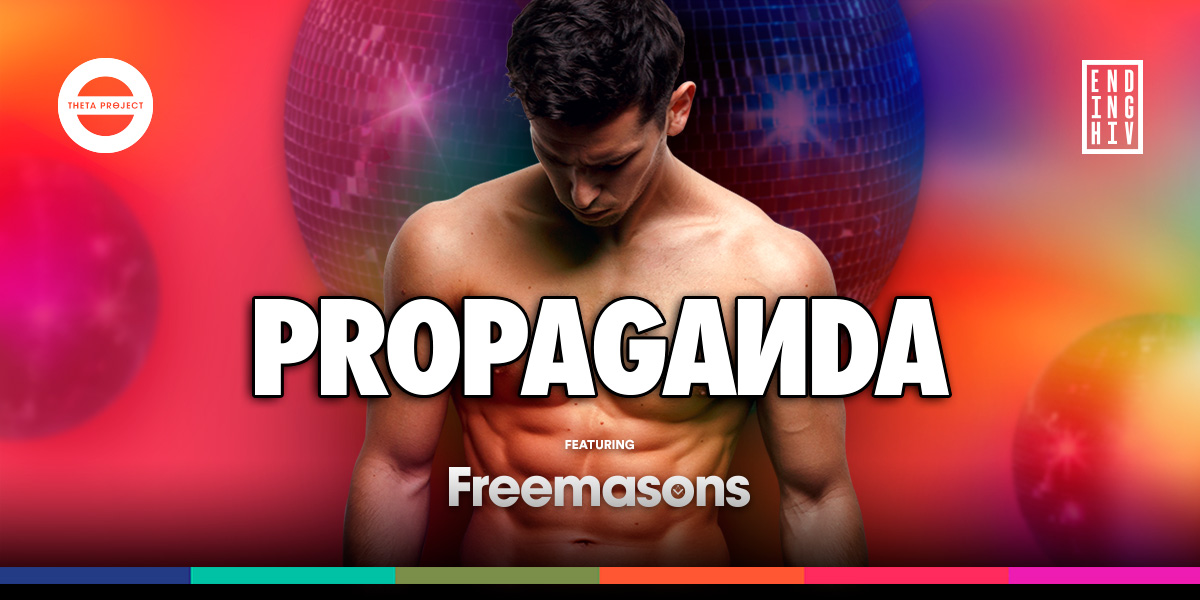 A NIGHT OF FREEMASONS CLASSICS!

What better way to end a sell-out year of parties than to bring the FREEMASONS to Auckland from the UK! Arguably the biggest name to ever hit the decks at PROPAGANDA!

Originally a duo, Freemasons now consist of solo original member Russell Small (who is also one half of the legendary house production duo Phats & Small). Russell is one of the most sought after remixers/producers in the world and an official remixer for artists such artists such as Tina Turner, Whitney Houston, Rihanna, Kelly Rowland, Beyoncé, Kylie, and Sophie Ellis-Bextor. Freemasons have regularly topped the charts worldwide with their remixes.

We’ve been dancing to their multitude of chart topping hits including Love on My Mind, Rain Down Love, and Uninvited. You could not enter a gay bar in the late noughties without hearing a Freemasons track or remix – tracks such as Heartbreak (Make Me A Dancer) with Sophie Ellis-Bextor, Ring the Alarm and Green Light (Beyoncé), Mesmerised (Faith Evans), Work (Kelly Rowland), One (Kylie Minogue) and so many more!

Freemasons headline parties all over the world and will be in Auckland for one night of classic anthems and amazing house music.

New Zealand legend Dick Johnson will kick off the night and our very own Jordan Eskra will close the night. This is going to be huge!

PROPAGANDA will be held at one of our favourite venues – twentyone, inside the SKYCITY complex. We’re already underway planning the experience with our production team.

This is our final party of 2017 and it’s going to be our biggest.

Tickets on sale 9am Wednesday, September 27.