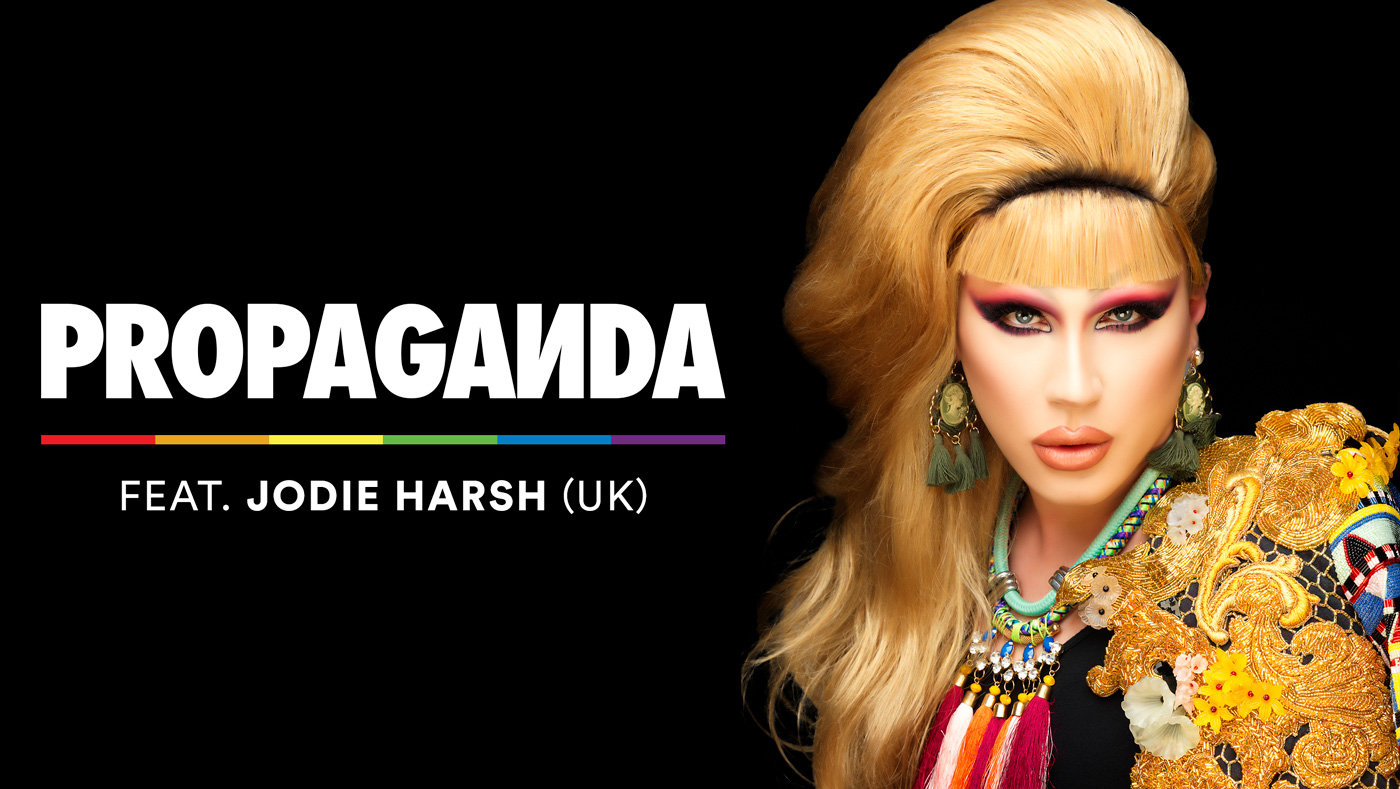 The glamorous London drag icon reigns queen supreme over international nightlife and is jetting in from London to pop her NZ cherry. Jodie is a drag queen, DJ, producer and club brand creator, famous for her trademark blonde beehive and thumping DJ sets at clubs, festivals and A-list parties across the planet. Beyoncé, Fergie, Cher and Justin Timberlake have had the Harsh treatment on remixes (including three US Billboard Dance Chart No. 1s), and Jodie’s writing and production credits are building up into quite an aural portfolio with songs for artists like Charli XCX released this year.

Over the years Harsh has become established as a prominent DJ,spinning records at clubs, festivals, and large-scale events all over the globe such as Sydney Mardi Gras, Bestival, Lovebox, Glastonbury Festival. Jodie has performed around the globe including New York City, Las Vegas, Vancouver, Sydney, Milan, Russia, Singapore and Ibiza, where she played alongside Swedish House Mafia at Pacha and a residency at Manumission which took her on a world tour. She recently made her Hollywood debut with an appearance in the recent Absolutely Fabulous movie!

The ultra-luxurious twentyone goes gay for another night and we can’t wait to host Jodie Harsh there. Inside of SKYCITY, twentyone is one of the most fabulous clubs in New Zealand and is the perfect setting for Propaganda. So far it’s one of our favourite venues, with a massive dance floor coupled with two chill out zones and a smoking deck overlooking Auckland’s CBD.

Our top production team has been planning to make sure we deliver you an awesome experience including a few new tricks. We are once again raising the bar in production quality and we are working with New Zealand’s best VJ to produce graphics for the main stage LED screens. Naturally, we’ve secured a state of the art sound system which produces the finest commercially available sound.

There will be a coat check at twentyone, and like last time, there is no dress code inside of twentyone – but as usual please keep your clothes on throughout the SKYCITY complex.