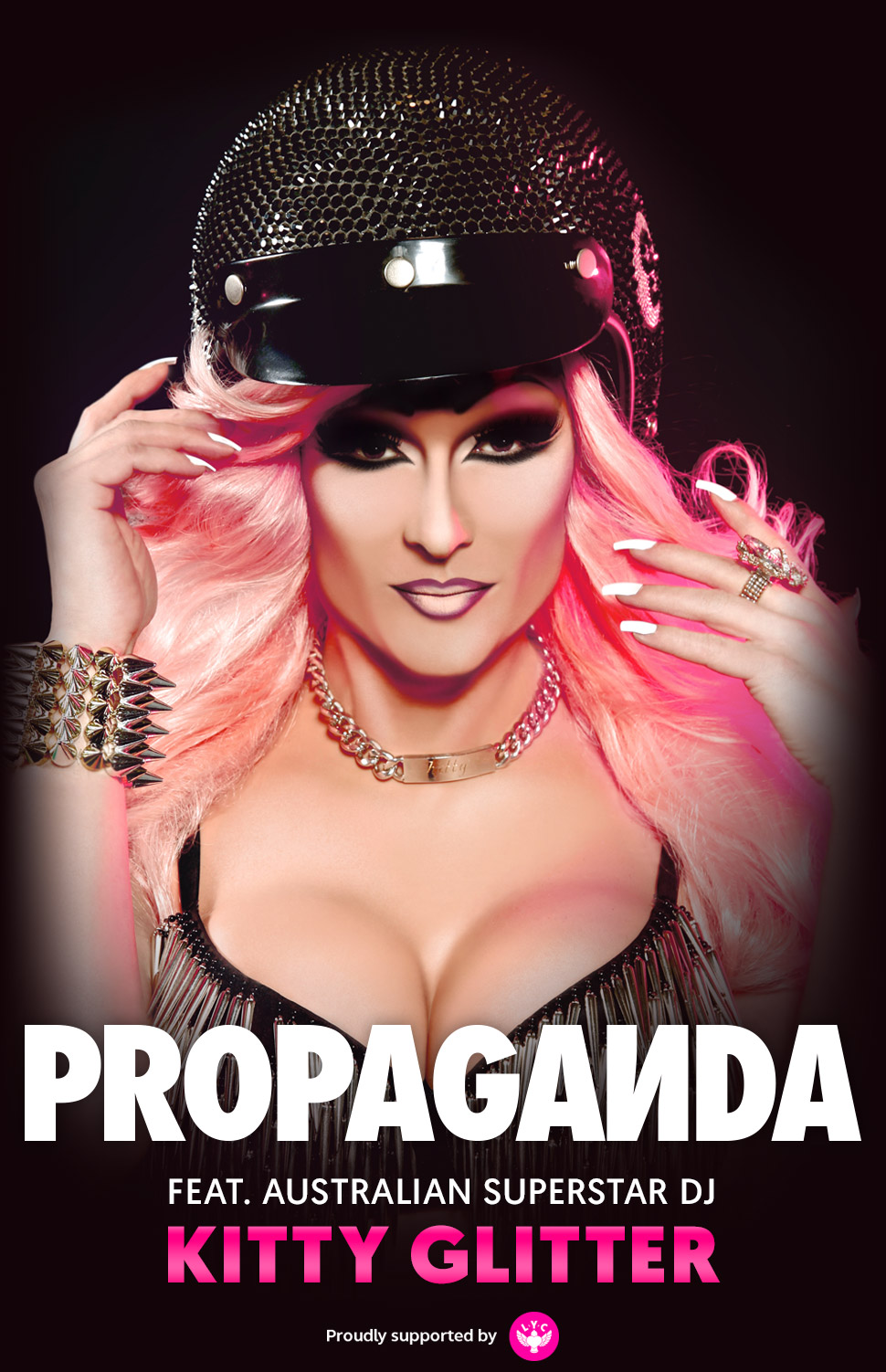 Theta Project is celebrating our three year anniversary with the return of our inaugural sell out party PROPAGANDA on November 4th! We’re coming back bigger and better, at an all new venue, so this is one Spring party not to be missed!

Propaganda will feature international superstar DJ and glamourpuss, DJ Kitty Glitter. She began DJing after a sparkling career as Australia’s top drag queen, she is now one of the most sought after DJs on the international gay party scene. A regular for events across Australia including Sydney Mardi Gras & Homesexual, Kitty’s demand has grown all over the world. She recently completed a tour across North America and arrives to New Zealand fresh from performances across Europe. New Zealand’s top DJ, the very sexy Karn Hall, will hit the decks to kick off the night and local favourite Jordan Eskra will close the party.

The ultra-luxurious, twentyone, will turn gay for one night only! Inside of SKYCITY, twentyone is one of the most fabulous clubs in New Zealand. It is the perfect setting for Propaganda and we are very excited to party there. Everything is beautifully decorated, top of the line and the massive dance floor coupled with two chill out zones and a smoking deck overlooking Auckland’s CBD make this a very special venue.

Our top production team is already underway, planning to make sure we deliver you an awesome experience. We are raising the bar in production quality and we are working with New Zealand’s best VJ to produce graphics for the main stage LED screens. We have secured a state of the art sound system which produces the finest commercially available sound.

Purchase your ticket before October 21st and you’re in the draw for a free night at SKYCITY Grand Hotel on November 4th, a prize kindly donated by SKYCITY.

There will be a coat check at twentyone, and for the first time ever there is no dress code inside of twentyone.

Tickets are limited and we expect another sell out.

Propaganda is proudly sponsored by Love Your Condom.