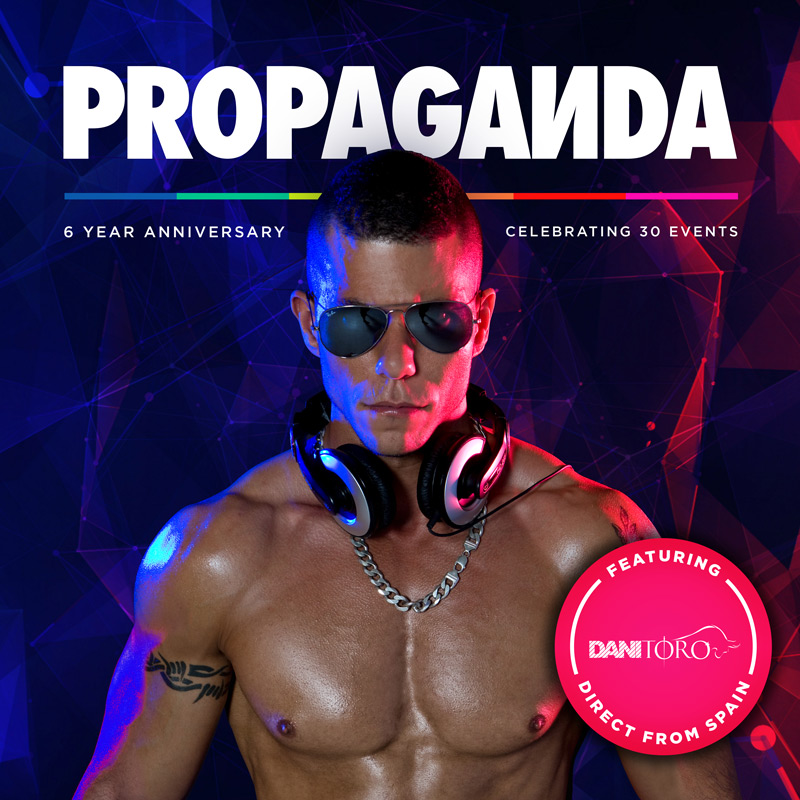 Auckland’s hottest gay party series launched in 2013 and has since played host to DJs and performers from all over the world. This is our last party of 2019, our 30th event, AND we’re celebrating six incredible years of gay partying in New Zealand. So many reasons to party this October!

We are stoked to announce our headline DJ, DANI TORO, direct from Spain. Dani is one of the most in-demand gay DJs internationally and he has spun at major gay parties the world over including WE Party, Madrid Pride, White Party Palm Springs, XLSIOR Mykonos and Amsterdam Pride to name but a few. He was the headline DJ at Candyland 2019 – the closing party of Sydney Mardi Gras – and has already been announced to return in 2020.

With a unique music style Dani Toro is an artist that doesn’t fit into one musical box. His sets are always strong and energetic, delighting the most demanding crowd with a style that drifts between Tribal House and Progressive, blended with mainstream house. We can’t wait to have him spin at our 6 year anniversary bash!

Kiwi favourites DJ Jordan Eskra and DJ Donald Bennett will also hit the decks so this will most definitely be a high-energy, hands-in-the-air kind of night.

The venue for our birthday bash is the luxurious twentyone nightclub inside SKYCITY, with our renowned over-the-top production and custom built LED DJ booth.

This will be our biggest birthday party to date – don’t miss out!

Tickets on sale 9am Thursday 29 August at thetaproject.co.nz.