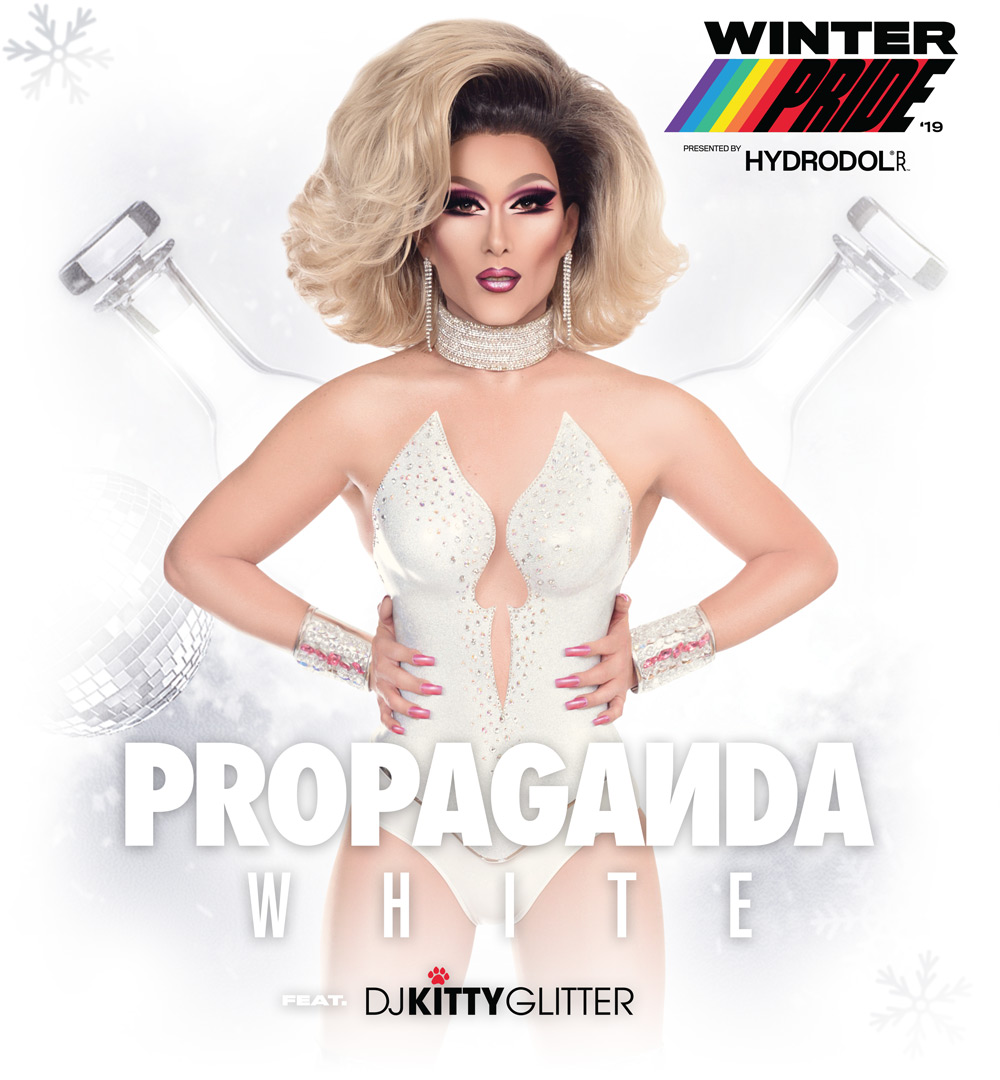 This year is going to be bigger, gayer, and more fabulous than ever with our very first white theme – perfectly fitting to close out the biggest (and campest) snow-filled week in the Southern Hemisphere.

PROPAGANDA White will feature international superstar DJ and glamourpuss, DJ Kitty Glitter (AUS). Kitty began DJing after a sparkling career as Australia’s top drag queen, and is now one of the most sought after DJs on the international gay party scene. A regular at events across Australia including Sydney Mardi Gras & Homesexual, Kitty’s demand has grown all over the world. She has headlined several major gay parties the world over, including World Pride, White Party Bangkok and White Party Palm Springs – the list goes on. Kitty will be arriving to Queenstown fresh from a Northern Hemisphere Summer tour to spin one of her renowned gay anthem sets.

DJ Jordan Eskra (NZ), one of New Zealand’s favourite gay DJs, will kick off the night. His crowd-pleasing mixes have filled dance floors at LGBT parties and nightclubs up and down the country. He has played all of the biggest gay events in New Zealand and we can’t wait for his return to Queenstown to play at this year’s closing party.

Our top production team is already underway with planning to make sure we deliver you an amazing experience. We are working with NZ’s top VJ and producing multiple performances yet to be announced. This is going to be one epic closing party – don’t miss out!