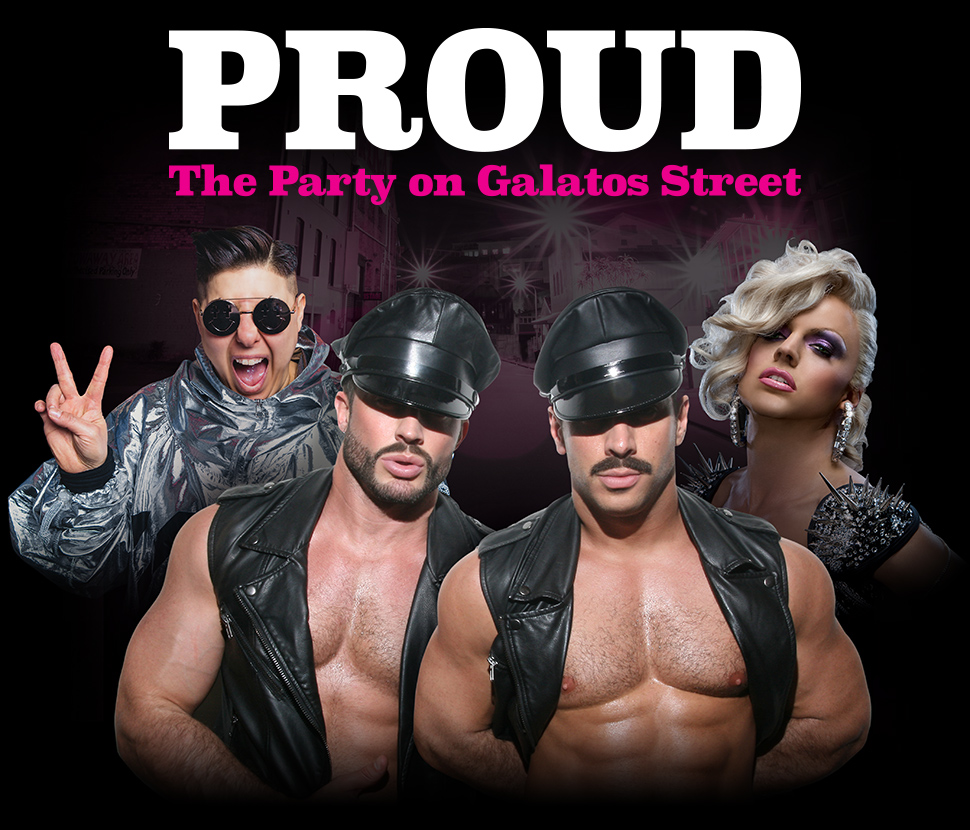 Theta Project were thrilled to co-produce PROUD 2017, with an international cast of party superstars jetting in from LA, Melbourne, and London!

Featuring the first ever New Zealand performance by SEXSHOOTERS, direct from London and pants down the hottest DJ duo on the planet! David Hart and Claudio Girardi have worked dance floors in the world’s largest clubs and parties with their notoriously high-energy, sexually charged, uplifting Tech, Tribal and Progressive House sound.

Also coming to Auckland for the first time, Melbourne-based DJ and sneaker freak YO! MAFIA will be spinning her signature genre-smashing mash-up of Hip Hop, R&B, Electro, House, Cock Rock, Booty Bass and everything in-between!

And our third New Zealand virgin is none other than the immaculate Courtney Act! Flying in from Los Angeles, the star of RuPaul’s Drag Race will be performing the main show at PROUD 2017.

Following the Auckland Pride Parade on Ponsonby Road, continue around the bend to K’ Road – the heart of Auckland’s queer nightlife – for the biggest LGBTIQ+ party of the year, incorporating all levels of the indoor Studio super-club, plus an outdoor Galatos Street party.

The party entrance will be located at the East Street end of Galatos Street. Auckland Transport is closing Galatos Street especially for PROUD 2017, enabling the creation of a large and luxurious outdoor space with a licensed bar, chill-out couches and ottomans, local DJs and performers, food stalls, late-night surprises and large-scale projections courtesy of the FAFSWAG Arts Collective.

Meanwhile, inside the Studio main room, New Zealand’s most sought after VJ will be live-mixing visuals on massive MonstaVision LED Screens. Studio will be operating at full service, with six different bars available throughout the night.

With a local DJ line-up that includes Dick Johnson, Jordan Eskra, Karn Hall, Ninety5, James Leuii, Creamy Mami and Samuel Holloway – plus live shows from The BMP Girls and the undisputed Queen of Pride 2017 Jaycee Tanuvasa and her Vogue All-Stars – PROUD 2017 will be legendary!