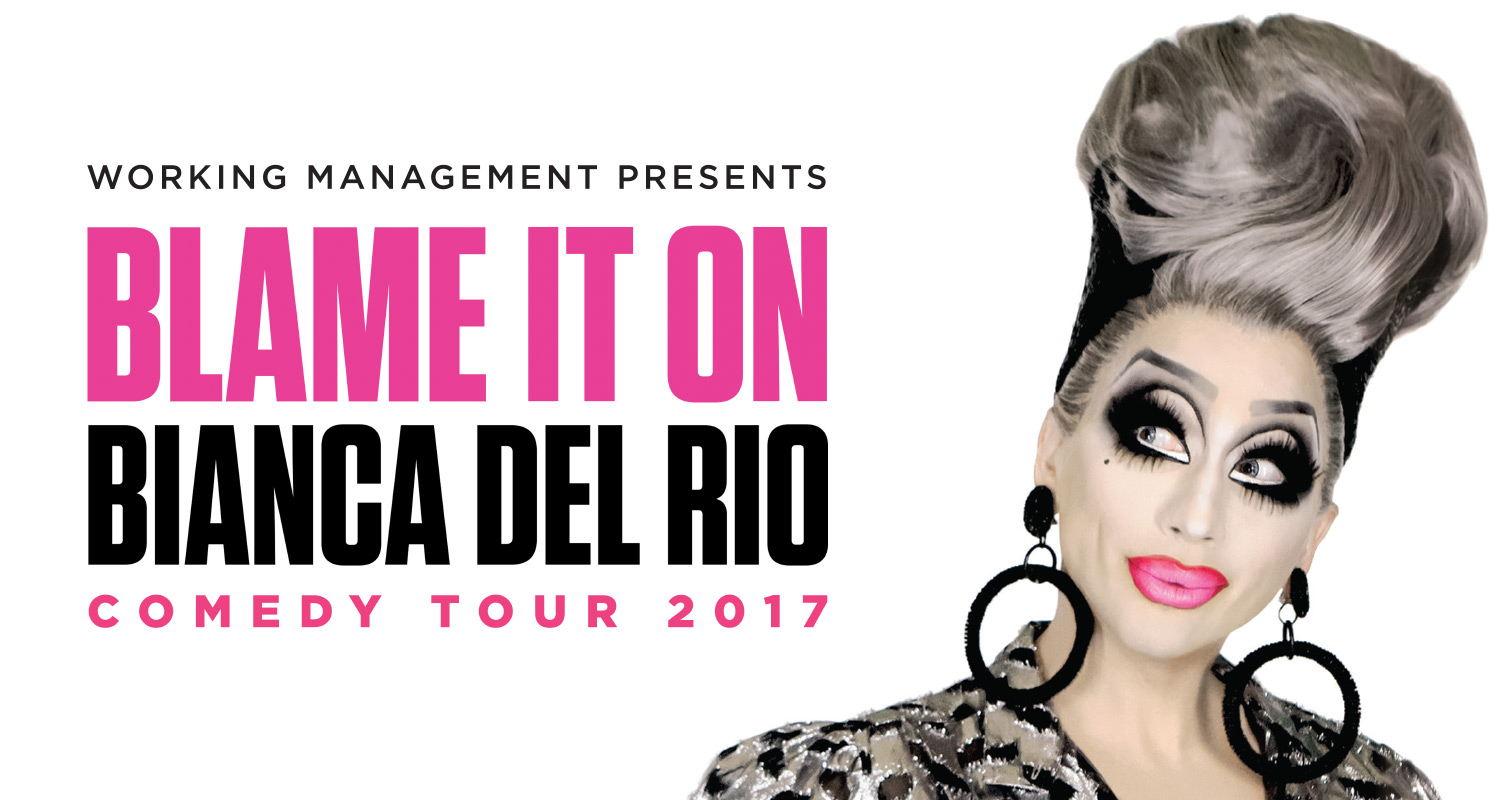 Theta Project are thrilled to be working for Working Management to bring Bianca Del Rio to Auckland.

After two consecutive sell-out tours in Australia and sold out shows worldwide, Bianca Del Rio brings her brand-new comedy show to Auckland in November 2017 for a one night only show.

Blame It On Bianca Del Rio promises to be more tongue-lashingly hilarious than ever, and the self-proclaimed “clown in a gown” RuPaul’s Drag Race winner is bringing her theatre tour to  New Zealand for the first time.

“G’day Kiwis! I hope you’re ready for some filthy, nasty, hateful humor because I’m coming down under with a brand-new comedy show. I can’t wait to share my hate with all down under, so get your cocktails ready for a fun night”.

Don’t miss your chance to see the ‘Joan Rivers of the drag world’ (New York Times) in her fiercely funny new show this November.

Purchase a VIP ticket and receive seating in the first few rows, a meet and greet with Bianca and a signed Blame It On Bianca Del Rio tour poster.

Blame It On Bianca Del Rio

If you purchased tickets before October 11, you could win 1 of 2 double upgrades.